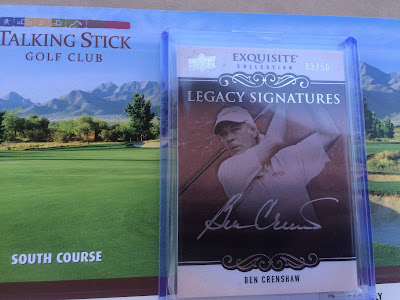 Arizona is a weirdly beautiful state. Most of it looks like it stepped out of John Ford Western with its miles of scrub brush and towering rock formations. People have harnessed the power of the rivers to turn this desert into a place of grass and trees and none of this is more evident than playing Talking Stick South.

Unlike many of its Arizona brethren,  TSS feels much more like an Eastern Course than a desert one. 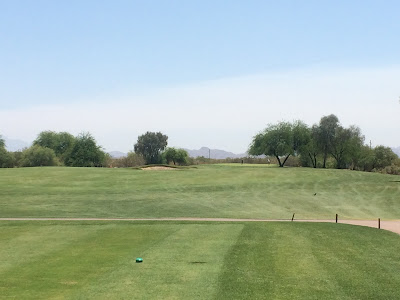 The routing is on rather flat terrain which leads to complaints of a lack of variety amongst some of the Arizona golf community but even with a straightforward layout Coore and Crenshaw add in some signature touches like their bunker sculpting: 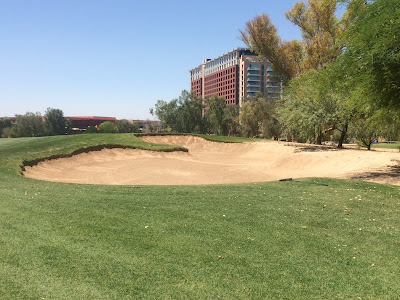 This course does lay it all out there in front of you that is for sure but Coore and Crenshaw try to take par away from you at every turn by subtle design work which shows up the most around greens. Many of the courses I have played recently have placed their pins in tight positions so if you miss on the short side of the green you are in trouble. Well at TSS, many of the holes increase the penalty for missing the green on the wrong side with severe slopes which make it close to impossible to knock the ball close to the hole: 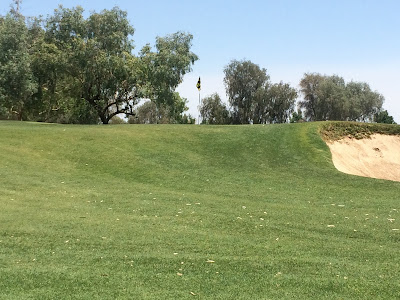 The real jaw dropping feature of the course is water! Water plays into many of the holes on the back 9 of the course and having played several Arizona courses, this is a rare sight indeed: 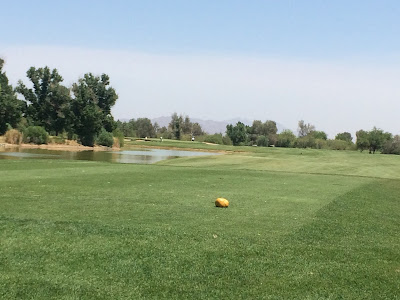 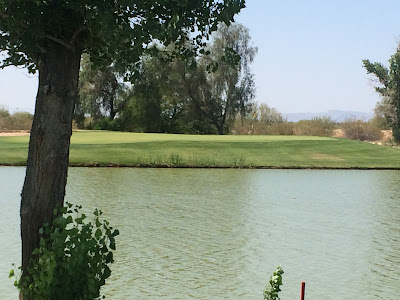 Overall I liked TSS and appreciated C+C's attempts to gin up rather uninspiring terrain to give every golfer a test. It is a little weird to be playing a parkland-like course in the middle of Arizona and the pace of play lags a bit but TSS can give you great tee shots and beguiling approaches to the green to keep you interested.

Talking Stick also has a North course designed by the duo, which will be reviewed as well on this site, and is a true desert course that more embraces the surrounding terrain but if you get a chance, play 36 just for the mind trip of playing an Eastern course in the desert.

For more info on Talking Stick South, check it out here: https://talkingstickgolfclub.com/